As Vice President of Winemaking and Winery Operations at Diamond Estates, Thomas Green takes a hands-on approach to the day-to-day business of our winery.

Born in South Africa, Thomas moved to Canada with his parents at the age of 14.

Thomas attended Western University in the field of Chemistry. During the time Thomas was at Western, his parents bought a 50 acre vineyard in Beamsville, Ontario. While attending Western University, Thomas would come home and work on the farm during the weekends.

Following his graduation, he remained with Lakeview Cellars, working with Eddy for 3 more years before Eddy’s retirement. He then took over head winemaking duties for Lakeview Cellars in January, 2003, and Diamond Estates in 2005. 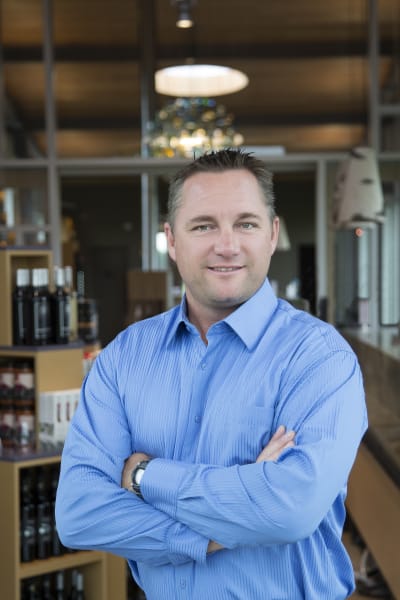 Presently, Tom Green is Vice President of Winemaking and Winery Operations, and his favourite wine is: EastDell Black Cab.

Back to Management Team

Complete the form below to opt-in to receive emails from Diamond Estates Wines & Spirits Inc.