As reflected in the unaudited interim condensed consolidated statements of cash flows, the Company generated positive cash flow from operations, before changes in non-cash working capital items of $1,455,026 in YTD 2016 compared to negative cash flow of $40,095 in YTD 2015, an improvement of $1,495,121. Coincident with the private placement, the Company accelerated retirement of term debt in the amount of $456,069 that had an interest rate of 12%.

“We are pleased with the improvements in our core business and anticipate that a number of initiatives currently underway will have a positive effect on our overall business in the future. In addition, we are seeing strength in our export business as a result of both the lower Canadian dollar and greater acceptance of our products in foreign markets.” said J. Murray Souter, President and CEO of Diamond Estates. “The plan announced on February 18, 2016 by the Ontario government to expand wine sales into grocery stores should benefit us by providing more points of distribution and broader exposure of our Niagara produced wines to our target consumers. With the core business stabilized, we continue to work towards our long-term strategic growth plan and remain optimistic given our current visibility into the marketplace.”

Diamond Estates Wines and Spirits Inc. is a producer of high quality wines and a sales agent for over 120 beverage alcohol brands across Canada. The company operates two wineries in the Niagara region of Ontario producing VQA and blended wines under such well-known brand names as 20 Bees, EastDell Estates, Diamond Estates Cellars, Dois Amigos, Dan Aykroyd, Riders Valley, Benchmark and Seasons. Through its partnership, Kirkwood Diamond Canada, the Company is the sales agent for top selling international brands in all regions of the country as well as being a distributor in the western provinces. These recognizable brands include Fat Bastard wines from France, Fireball Whiskey Shooter from Canada, Hpnotiq Liqueur from France, Anciano wines from Spain, Francois Lurton wines from France and Argentina, Brick Brewing from Canada, Buffalo Trace Bourbon from USA, Flor de Cana rum from Nicaragua, Iceberg Vodka from Canada and many others. For further information on the company, please visit the company’s SEDAR profile at www.sedar.com. 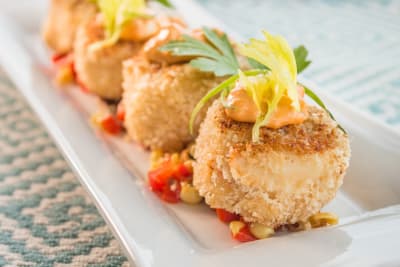 Dig Our Roots - The Art of Charcuterie